‘The Hebble Hole bridge is a grade 2-listed historic stone clapper bridge which carries the Pennine way across the stream in Colden Clough, a deep valley west of Hebden Bridge in West Yorkshire at grid ref. SD 967282. The bridge dates back to the seventeenth century.

In the winter of 2017/18, a large tree fell onto the bridge, dislodging one of these beams which fell into the stream and snapped. Since the bridge is a listed structure it could not be replaced with a modern alternative and the decision was taken to employ specialist contractors to repair it. The total cost was about £30,000 and the Society agreed to make a donation of £5,000 the balance being met by the Pennine National Trails Partnership (PNTP) and Calderdale Council.

On 14th April, an event was held to mark the re-opening of the bridge at which our Chairman, David Hurrell, handed over a cheque to Nick Osborne of the PNTP for the Society’s contribution to the cost (see photo). There was a good attendance with representatives of the local parish councils, the PNTP, and Calderdale Council attending as well as a couple of PNFS members and local residents. All were entertained by a local morris dancing side. An exhibition of photographs dealing mainly with the technical aspects of the repair was held at the nearby “New Delight” pub where the Contractor’s site engineer was on hand to answer questions.’

A longer version of this article will appear in the Summer edition of the society’s Signpost magazine. 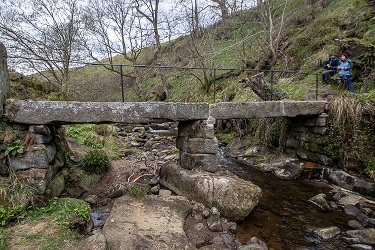 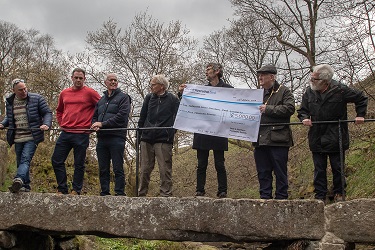 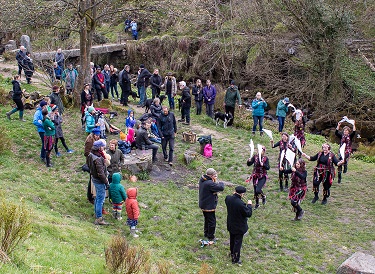 Due to the Covid 19 Epidemic

The society's work is entirely dependent on the generous support it receives from members of the public.
Join us Donate Volunteer