A message from John Broadbent 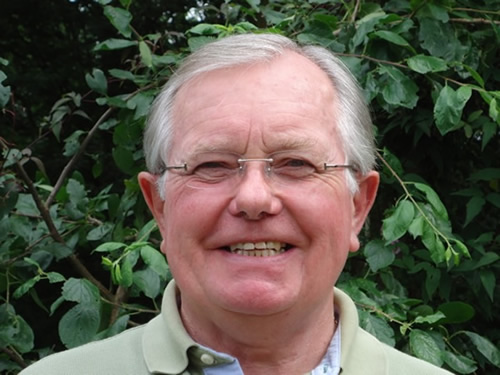 It was never my intention to be proposed as Chairman when I first spotted one of Dave Morton's signposts above the Fernilee reservoir in the Goyt Valley. I just thought “what a great sounding organisation, I would quite fancy being an Inspector”. I contacted Hilda, who appointed me as Inspector for Bredbury and Romiley in May 2011 and off I happily went enjoying my role enormously.

At the members half yearly meeting in November last year I made a couple of suggestions about how I felt that there was a need for a chairperson, rather than the Trustees managing themselves as a team ,which seemed to be what was being proposed. With hindsight this may have been a mistake! I was approached by June Mabon and one or two others at lunchtime and after a brief chat was asked if I would be interested in talking to Clarke about taking on the Chairman's role when he stepped down. To say I was surprised is a major understatement. Clarke contacted me early this year and we have had numerous discussions and meetings which have gone extremely well.

My major concern was, that whilst I do have substantial experience of successfully managing teams in a commercial environment, I have no knowledge of footpath law and very limited IT skills. What I do have is a passion for walking ,especially hill walking and an obsession (my wife calls it a fetish)  with maps.

After talking to Trustees, Officers and volunteers I have come to realise the enormous range of skills that exist within PNFS together with a wonderful enthusiasm and passion for footpaths. I now believe that my initial concerns are unfounded and that by working as part of  the PNFS team  I would be able to carry out the role with some level of success.

As well as carrying out the chairperson role it is my intention to get practically involved in growing member and inspector numbers particularly in outlying areas eg. Lancashire, Wirral, Staffordshire,West Yorkshire. I know that in the past David Bratt was particularly successful in generating new members and I am already talking to David to learn how he did it. I am also extremely interested in the “Lost Ways” project involving the identification of paths that never made it onto the Definitive Maps, and if are not “captured” by 2026 never will do.

The author Robert Macfarlane ,who loves walking, has written the wonderful books “Mountains of the Mind” and “The Wild Places” . His latest book  “The Old Ways a Journey on Foot” has just been published and it is dedicated to “Julia, Lily and Tom and those who keep the paths open”.

Keeping the paths open is what we do, and  is what PNFS has done for over 100 years, it would be an honour and a privilege to be the Chairman of such an organisation.