This article is from Signpost, Winter 2012 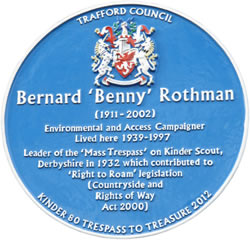 This year was the 80th anniversary of the Kinder Trespass so it was fitting that on 24th October a Blue Plaque was unveiled at 86 Crofton Road Timperly, the former home of the late Benny Rothman in honour of his years of campaigning.

Professor Harry Rothman spoke of fond memories of life at Crofton Avenue before he and his sister Thilo unveiled the plaque.

On his death at the age of 90 in 2002 the Guardian described Benny as - Jewish by descent, tiny in stature and fiery in rhetoric.

Benny was member of the Society in the 1970's when his sense of achievement was shattered by Mrs Thatcher’s policy on the environment and access to it. I’m sure Benny would be appalled at the savage cuts that Rights of Way departments are suffering today. 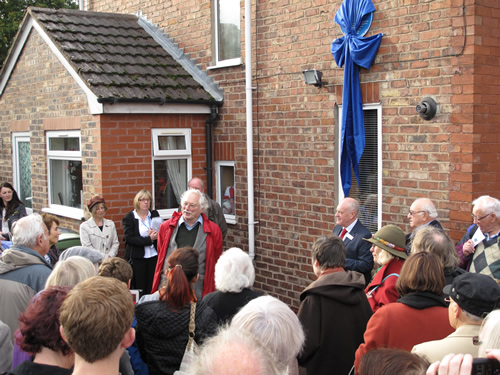 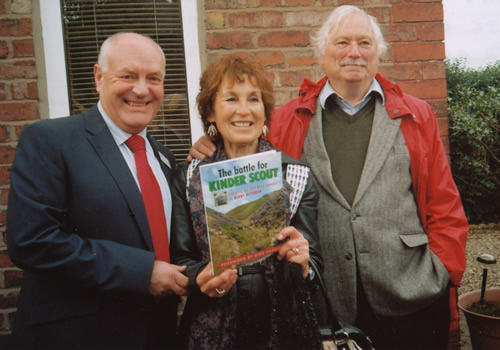