Area Officer Chris Davison reported this path as obstructed by padlocked field gates in 2012 (see photos). Chris got no satisfaction from Barnsley MBC (BMBC), so he referred it to John Harker, Courts and Inquiries Officer for the area, for consideration of legal action. John was given authority, by the trustees, to serve notice under s.130A of the Highways Act 1980 & did so. Within 4 hours of John emailing a copy of Form 1 to the PROW Unit, he had a response from a BMBC Rights of Way Officer to say that he had been out that morning & the padlock had been removed!

However, earlier this year, Chris contacted John to say the padlock had reappeared. Chris made it clear to BMBC that he would seek further legal redress through PNFS unless BMBC acted promptly. 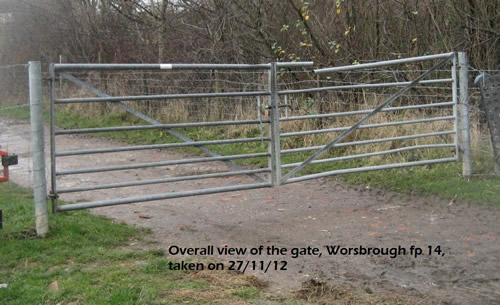 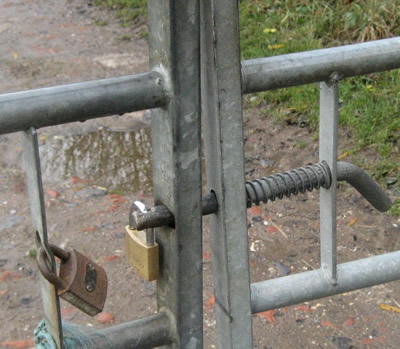 Persistence, by Chris and the simple threat of legal action was enough to prompt BMBC into action and the newly installed stile can be seen in this photo taken, by Chris, in March this year. 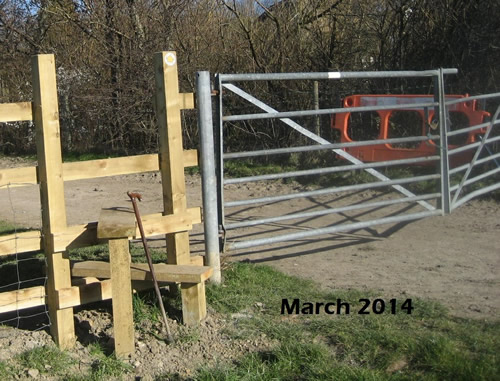