It won’t come as any surprise to members of PNFS, but walking is now officially and scientifically recognised as being seriously good for your overall health. In fact, since 2015, the media have been reporting on wide ranging scientific research that points to the profound physical and mental health benefits of walking, even for quite modest durations each day:

'Scientists…found that people who engaged in moderate levels of daily exercise – equivalent to taking an energetic 20-minute walk – were 16% to 30% less likely to die than those classified as inactive’ (Jan 2015 Guardian).' 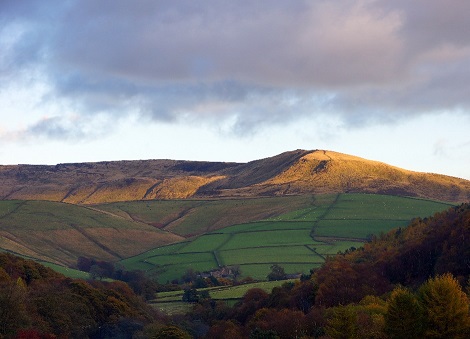 While this underlines the need for further health education programmes, as with all statistics caution should be exercised because conversely, far more people now walk (and run and cycle) as a leisure activity in our towns and cities and out in the beautiful countryside that surrounds them.

To existing walkers / hikers / ramblers, the benefits need no rehearsing – physically, the low impact exercise reduces the risk of heart disease and diabetes, helps lower weight, increases overall energy levels and recent studies even suggest, improves memory. In terms of overall health, it also improves mental well-being, calmness and relaxation – walking in groups is great for the comradeship and the ‘craic’, while roaming the hills alone allows for solitary reflection amidst the beauty and solitude of our great open spaces.

We must never forget the proud role played by walkers’ groups, foremost among them the PNFS, in establishing, securing, extending and protecting access to our wonderful countryside, a role celebrated earlier this year at the 120th anniversary of the victory to secure the Snake Path out of Hayfield, in 1897. It is the tireless campaigning and legal action of walkers’ groups which carved out the access we all enjoy – helped occasionally in dramatic form by crucial radical interventions such as the Kinder Mass Trespass of 1932, which helped to jolt landowners out of dragging their feet. This was a controversial event both then and now but one which Tom Stephenson, who originally opposed it, later agreed had played a critical role in focussing the minds of the landowners in his negotiations – something he recognised by choosing the 24th April anniversary of the Trespass to formally open his Pennine Way in 1965.

What is for sure is that, taken together, our hard-won gains are now paying big dividends for the nation and it is really great to know that as PNFS members we continue to play such a crucial role for the benefit of all.

Next: House of Lords Select Committee on the Natural Environment and Rural Communities Act (NERCA) 2006