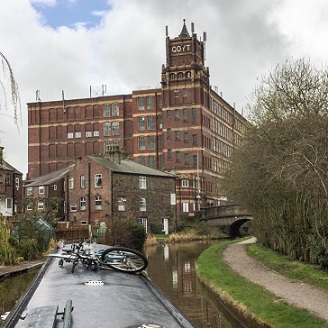 A look back at the Society’s activities 50 years ago reveals a variety of concerns, with some familiar themes interwoven with issues more related to the specific time. Quotes are from either the 1967 PNFS Annual Report or the PNFS booklet ‘A Century of Footpath Preservation’.

In 1967, a major Foot and Mouth Disease outbreak was ongoing, concentrated in the UK in North Wales and Shropshire. The Society was concerned to ensure that ‘the willing co-operation of this [PNFS] and other voluntary societies, and the self-denial of very many walkers, will not be taken for granted by the farmers, and that there will be some measure of appreciation’. It also recognised that in preparing ‘for the return of normal conditions and for the future, we need to examine whether our resources – individual or collective – are being used to the best advantage’. Sound familiar?

The Footpaths Survey of Rights of Way, which came out of the National Parks and Access to the Countryside Act 1949, was still a focus. This nationwide survey appears to have been largely completed by voluntary bodies such as PNFS during the 1950’s, who provided results to the necessary statutory bodies for action. However, by 1967, action in PNFS’s geography was still slow, albeit the Annual Report noted a step forward in Cheshire, where the Provisional Map had been published, although ‘at this stage only objections from landowners or tenants are allowed’.

Canal towpaths had featured in our Annual Reports since 1955, when the British Waterways Board (BWB) claimed that ‘they were not public but merely sufferance paths.’ In 1967, ‘the [BW] Board appealed to Quarter Sessions against the scheduling of the towpath of the Peak Forest Canal as public and we produced enough witnesses to establish the status of all of the towpath, except for 1.5 miles between Hyde and Dukinfield.’ The Board subsequently yielded with other sections of the Macclesfield and Peak Forest Canals.’

The UK government set up the Gosling Committee in 1967 after a white paper ‘Leisure in the Countryside’ caused widespread objections by proposing ‘rationalisation’ of the footpath network. PNFS wrote to the Government, concluding that ‘we regard ‘rationalisation’ as the New Speak word for robbing the public of their traditional rights in the countryside.’

According to the 1967 PNFS Annual Report, ‘its [the Gosling Committee] findings were still awaited when the Countryside Bill appeared without any reference to rationalisation, but with a number of alterations to footpaths law, some of which would be very welcome, if enacted.’ However, the Society observed that its members should not drop their guard, specifically requesting that they write to their MP’s, ‘asking them to oppose any substantial reduction in the number of footpaths, and to support the Clauses designed to give greater protection to public rights of way.’ It concluded ‘This we do most earnestly, believing that Britain’s footpaths are in great danger.’

Finally, the 1967 Annual Report included its usual roundup on donations to PNFS from Local Authorities! Apparently, 22 authorities donated £159 10s to the Society that year. This is estimated to be worth just over £2000 today.