Our Thanks to Another Major Benefactor of the Society 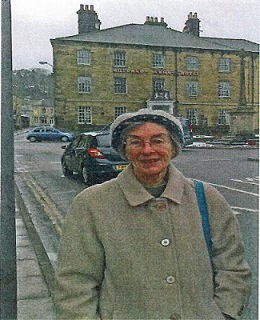 We are very grateful for the recent significant legacy of £74,000 to the Society from the estate of Audrey Oakes. Elizabeth Palmer, whose mother was a very close friend of Audrey’s, writes:

Audrey Oakes was born in Biddulph, Staffordshire. Her father Jabez qualified as a pharmacist after completing his army service in World War 1. He had the chemist’s shop in Biddulph for nearly thirty years: everyone knew Jabez Oakes.

Audrey followed in her father’s footsteps and studied pharmacy at Nottingham University. She spent two years in the USA, as a pharmaceutical research assistant at Yale University.

She worked in the NHS as a hospital pharmacist, eventually as deputy chief pharmacist at the London Hospital in the 1960s. In 1969, Audrey joined ICI and moved to Wilmslow. She worked on anaesthetics for the remainder of her career.

Audrey had many friends and many interests. She enjoyed walking, stamp-collecting and history and she travelled widely. She gave regularly to charity throughout her life, and her name may already be familiar to the beneficiaries in her will. She decided many years ago that she would leave most of her estate to charity. The charities that she included in her will reflect her many interests and her lifelong commitment to medical services. Even her body was bequeathed to medical science.

Audrey had no immediate family, but my mother Dorothy was her life-long closest friend. They grew up together in Biddulph, and went to school together. Audrey was my godmother and it has been my privilege to act as her executor and to carry out her wishes. I am sure that her bequests will be of great benefit to the charities she has always supported.

Next: Walking a Madeiran Levada?