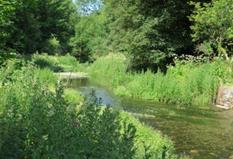 Well what a summer we have had. Plenty of warm and sometimes hot days in which to enjoy the summer with all its glories. Many of you will have been away to the seaside or other holiday destinations and enjoyed basking in the sunshine. Not everybody has enjoyed the hot sunshine, and some people have made a conscious effort to avoid the cloudless skies and sat in the shade. I recall two very hot days whilst out walking. One was in upper Longdendale, where the sun shone from a cloudless sky all day. There was no shelter from the sun, on what was a very hot day for Longdendale. Still it was much better than the cold winds of winter.

The second very hot day saw me on Kinder Scout, with again sun shining from a cloudless sky. This was very different from the walk in Longdendale, as there were many groups of young people, it being a Saturday in August. It was clear that many had not experienced Kinder Scout in winter conditions, as they were dressed for the beach. It was only four weeks later that again saw me on Kinder Scout in much more typical Kinder conditions, where there was fog and light rain on the very top. Still, there were some opportunities for spectacular photographs of the fog drifting down the hillside into Edale. And the blackberries this Autumn have been brilliant.

The additional powers that Peak and Northern Footpaths Society now has saw Paul Easthope, our Treasurer, and myself meeting with representatives of the Peak District National Park in Bakewell, to hear of projects that would lead to Rights of Way being improved. We came away with two suggested projects, one just over the border from Derbyshire in Staffordshire, and one along the river Derwent, near Hathersage. Both these are currently being looked at by the Trustees, with contributions from the Courts & Inquiries Team.

No decision has yet been made, because of the different aspects that need to be investigated. The Society has recently appointed a Marketing Officer to promote the Society in a broader sphere than in the walking world. The lady is Ruth Whaites who is currently living in North Wales. This may seem a long way from our office, but we shouldn’t forget that the Cheshire West Authority borders a large part of North Wales. With the use of the internet, distance makes little difference these days. Ruth has considerable experience in methods of recruitment.

Ruth has already produced a paper with a number of suggestions for the Trustees to discuss, and amongst her suggestions is one for more lady Trustees. She has also suggested that we look at the recruitment of younger members, and has put forward some proposals for the Trustees to look at. If any lady feels she could fill the role of Trustee, would she please contact me or any other Trustee.

On the topic of recruitment, we are always looking for new persons to fill gaps in the Society which would help with the provision of succession for currently active people. As a ‘for instance’, we do need someone to fill the position of Vice Chairman. Remember it can be a person of either sex.

Next: My new role in PNFS