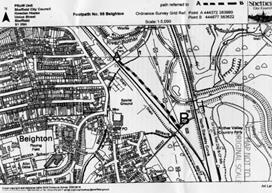 A recent decision letter on a Definitive Map Modification Order (DMMO) by Sheffield City Council used involvement from both myself and from former Inspector and Trustee, Jack Burling. The decision order has added a footpath to the Definitive Map & Survey for Beighton Parish in Sheffield.

Jack & I interviewed extra witnesses to gather more user information for Sheffield Council. The upshot is that the Order has been confirmed with minor administrative modifications which don’t affect the outcome. The only objector to the DMMO, the owner of a scrap recycling company, refused to participate in the process, so the Planning Inspectorate cancelled the planned public local inquiry and resolved it by means of the written representations method.

One of the elderly witnesses that we interviewed recalled using the claimed footpath while in the Merchant Navy when coming home on leave to visit family in Beighton. He used it to get the “milk train” from Beighton railway station on Rotherham Road back to his ship. The station was near Point A on the Order Plan by ‘LC’ (the level crossing), but is long gone. 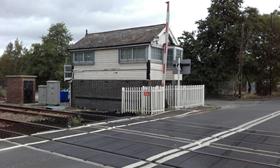 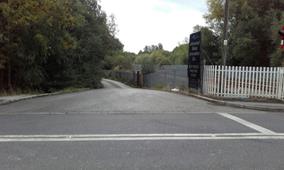 Site of claimed footpath from
Rotherham Road opposite the old station.

He recalled many local anglers using the claimed path when special excursion trains were put on from the station to Lincolnshire. The dispute over the claimed footpath was quite a ‘cause celebre’ in the village, with one large scale public meeting at the Miners Welfare Hall ending in blows between users and scrapyard employees!

Further information on this decision is available online at: https://assets.publishing.service.gov.uk/ government/uploads/system/uploads/attachment_data/file/737256/row_3175719_decision.pdf