The two signs near White Coppice were made for the RA by Needhams Foundry in Stockport in 1963. By 2013, when I became aware of them, they were in a pretty sorry state. Plate No 2, which is more exposed, had been bent and split by strong winds. I contacted the RA and offered to repair and repaint the plates. Both posts were still serviceable, although No 1’s spindly post showed its age. The RA’s Thomas Lockerby Fund had been wound up, as interest rates were very low and the terms of the fund only allowed spending of the interest. I duly did the work and the RA then covered the expense. Plate No 2 was used to produce a pattern for a new plate, which I reinforced. The new one has the wavy pattern of the old one. 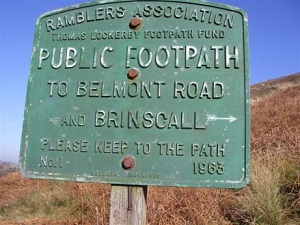 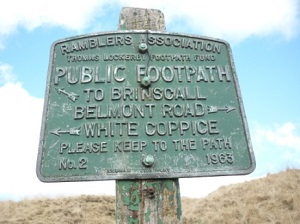 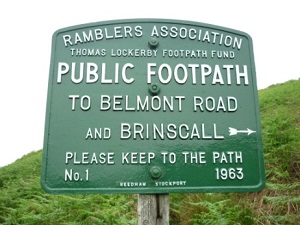 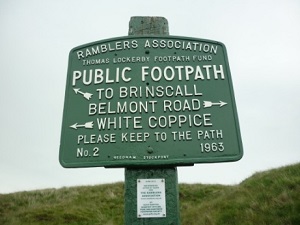 I found the photo showing the unveiling of No 1 on 14 July 1963 in a box at Taylor House. It shows that No 1 then had a robust post like No 2’s. I like the contrast between E E Stubbs, the portly, elder statesman with his written notes in his double-breasted suit, and the somewhat younger ramblers wearing their varied outdoor gear and a range of expressions. Where are they now? 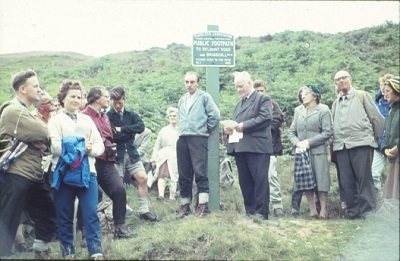 Next: The Continuing Saga of The Heights