Harry has been a stalwart member of the Society and our principal contact with Staffordshire and Stoke on Trent going back to the days when Derek Seddon was chairman and making valiant and ultimately successful efforts to keep PNFS together as a viable organisation. He became Courts and Inquiries Officer in 2002 and was described as 'our indefatigable agent for Staffordshire' in the 2004 Annual Report. In 2007 David Bratt referred to Harry as part of the 'formidable team' (with Rhoda Barnett, Terry Norris and John Harker) that was making the Society's presence felt among the Highway Authorities we deal with. 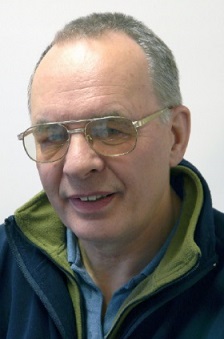 Harry has worked assiduously to protect many of the paths of Staffordshire against the depredations of councils, landowners and developers. His patience and determination led to many successes, though some took many years to achieve. He monitored planning applications, proposed diversions and in a typical year submitted over a hundred footpath reports. He was part of the team that successfully defended the claim for the Bridestone footpath on the Cloud. In 2011 his big achievement was the provision of a £25,000 bridge over the Church Eaton Brook in Stafford Borough, after 17 years of campaigning. He has been pressing Stoke-on-Trent to create over 1,300 new rights of way which he, in collaboration with The Ramblers, have identified. The metropolitan boroughs were excluded in the 1949 National Parks and Access to the Countryside Act from the requirements to create a definitive map of PROWs in their area, so towns like Stoke did not have a definitive map. Harry has been working with the Ramblers to get Stoke to put this matter right. Stoke has now appointed an officer to deal with over 600 paths.

Terry Norris comments about Harry, 'We first met amongst the clashing egos at the Council meetings which used to take place in the Quaker Meeting House in the centre of Manchester. On a personal level I was inspired by his example to set up a way marking scheme in the parish of Denby Dale in Kirklees.'

The Society will undoubtedly miss the huge volume of work that Harry undertook in Staffordshire but we wish him a long and happy retirement, no doubt dreaming of footpaths!