These lanes form a long route leading south from the National Park's Minninglow car park via the High Peak Trail. It is potentially very useful for walkers, especially the less able, when the field paths are impassable due to mud. Views of the quintessential White Peak landscape from the lane are wonderful, and access to the Minninglow scheduled monument is possible via a permissive path.

The state of this byway in November 2017 is shown in the photograph above. There were 4 or more parallel ruts in most places, many 1 to 2 feet deep, some with water in the bottom, separated by very slippery grass strips, and with narrow sloping grass verges up to the walls and fences. This made it impossible to walk along without slipping into the ruts or against the walls. I reported this to Derbyshire County Council on 6 November 2017. No commitment to repair the lane was forthcoming, although I was asked what PNFS expected to see in terms of the repairs, a rather surprising response, since the legal duty of the council is clear: to ensure that the route is "reasonably passable for the ordinary traffic of the neighbourhood at all seasons of the year".

After further warning, I served a s56 Highways Act 1980 Notice on the council on behalf of PNFS, seeking the repair of the route. Lack of resources is not a defence against such a Notice, although PNFS does take account of this if the circumstances warrant it. In this case, the council admitted liability for repair, and after the seemingly inevitable delays, repairs were started last autumn, hampered by the wet weather, but finally almost completed before Christmas. I walked the route again on the lovely sunny day at the end of December, and it was a real pleasure - such a contrast to its state two years ago. Our thanks are due to the county council for carrying out this work. I wonder if it would have been done without the serving of a legal Notice? 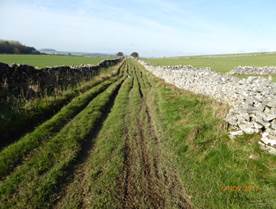 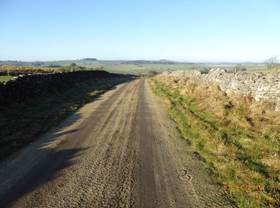 Next: Coastal Path: Silverdale to Cleveleys - Consultation on Proposed Route by Natural England