David Bratt, Former President and Chairman and others 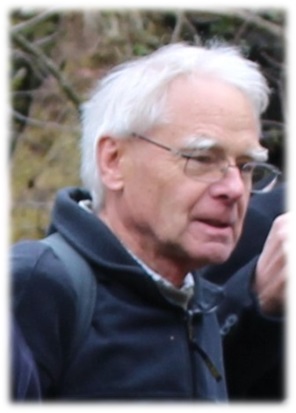 David Hurrell died on 17 September 2020 whilst still in office as chairman of the Peak and Northern Footpaths Society, which was founded in 1894 and is dedicated to ensuring our wonderful northern footpaths can be fully enjoyed by the walking public - a cause that David passionately believed in and contributed to in good measure.

It was particularly meaningful to me to give the tribute at David's funeral as president of the Society because I was to retire in a few days so, David, I have saved my final public utterings for you!

Our Society has always been quite partial to having crises - situations which it emerges from stronger than before. The crisis that David resolved was that we could not fill the post of Chairman - plenty of Indians but no Big Chief.

It was on one of our 'Longer' walks that Project Phoenix was hatched whereby Gavin Miller would hold the fort for eighteen months then a suitably persuaded and girded-up David would take over as chairman. And so it came to pass.

One of the many responsibilities is leading the management team and its trustees. The trustees could on occasion be a rebellious and mutinous crew but David’s calm, non- confrontational and at times ponderous style won their total support. Never personal, never angry, never a swear word. He did not do big humour. No jokes. Nothing raucous or improper. He was possessed of humour but it was at a level he was comfortable with. A quiet giggle would suffice in keeping with his elfin persona. What he gave was a solid, reliable, unflappable approach to problems. Ask him a question and there was no quick shoot from the hip response. What you got was silence whilst he, owl like , slowly and deliberately computed the options. And sometimes he would even answer emails!

Well into his chairmanship of five years another crisis unfolded. A difference of opinion as to how the constitution be improved and applied to bring further benefits to the walking public. Sounds maybe no big deal, but it developed into a lengthy and totally uncalled for personal attack on David. He never wavered in holding the line he fundamentally believed in and the trustees gave him their total support. He did not bend the knee and in due course he and the will of the Society prevailed. At the conclusion I realized David was not in fact hewn from Yorkshire gritstone but in reality hewn from the purest granite. A man for all seasons.

We have all lost out with his passing - Andrew and family, his church and our Society. The gain could be that the trustees of Paradise are now under new management!

As a support member of the 2014 Operation Phoenix I was impressed by the way he worked to bring the society out of its crisis and turn it back into a well governed organisation. He was a calm and pleasant man, always willing to take advice and to listen to other's ideas. He had an encyclopaedic knowledge of British railways which he shared entertainingly both in the office and whilst out 'riding the rails'.

I was lucky enough to have known David for many years before he or I became involved with the society. He was a long standing work colleague, who quietly but very effectively just got on with the job at hand. He spent his entire working life as a projects engineer in the steel industry as did I. Years after we had both retired our paths crossed again when I discovered that he was the chairman of PNFS. 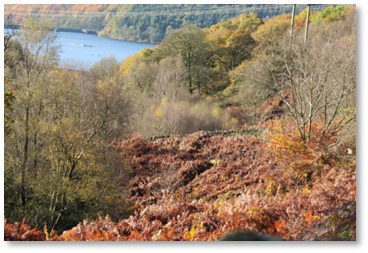 An appeal for a membership secretary in this magazine lead me to contact him again and the rest, as they say, is history. I very much enjoy the work that I do for the society and I have David to thank for giving me the opportunity to make a contribution. He was a quiet and thoughtful man, a good friend and colleague who we will all miss.

You will see, from the comments here and elsewhere, the degree of respect and affection the Trustees and members of PNFS had for David.  I suspect this is probably true also for the various other walks of life in which he was involved. During my relatively short period as Chair of the Society, with David as a splendidly supportive vice-chair, I learned enough about his character to be absolutely confident that the Society would be in sound hands when I passed the mantle to him.  And so it proved. 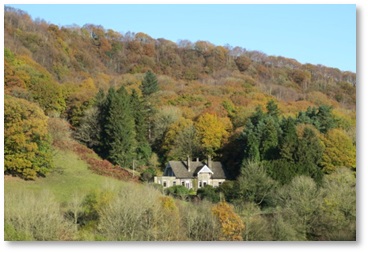 His many qualities, including decency, courtesy, unflappability, wisdom and a certain doggedness all contributed to his success as an effective Chairman. David was adept at coping with many differing points of view and trying to steer them towards a consensus.  During his tenure as Chair, as many will recall, some dissident members resisted the Society's atte mpt to make necessary changes to update its Constitution and tried to create strife within the Trustees and membership.  David steered the Society calmy through what, in other hands, could well have turned out to be a crisis.  He will be sorely missed and we are grateful for the unstinting service he gave us. On a personal note, David and I had some common interests, quite apart from footpaths and rambling.   I always looked forward to our conversations on life in general when out on our walking group rambles but I  shall also miss our occasional discussions on the current developments on our railways, and the ways in which they were being (mis)managed.