Those Feet, That Path 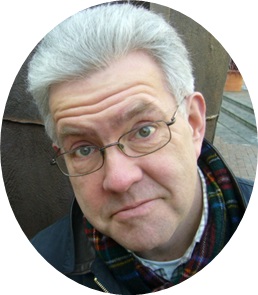 I walk out of the house that I’ve lived in for 35 years in the village I’ve lived in for 64 years and I turn right down the street; then I turn right again, passing the row of Aged Miners’ Homes built in 1935 and then I turn left onto the footpath that we call The Field Path. I briefly look like the man on the old Barnsley MBC public footpath sign and our strides and blank expressions match as I begin to wander down the narrow path through the middle of the field. Three buzzards unwind the afternoon above me, and the traffic to the ASOS mail order clothing warehouse on the site of the old Houghton Main Pit is busy and grumbling.

I’ve walked this path since I could walk and before I could walk I was carried down it by my dad or pushed down it in my pram. As a teenager me and my mates walked down it in search of the mandrake that Mark’s dad had said he saw as he walked down to the path to start the day shift; we never did find it, although we kept pretending that we had.

My wife and I have been married for more than 40 years and when we first went out with each other (to use that old fashioned term) we walked down this path. When my dad died on Christmas Day 2001 I excused myself late in the evening and walked down the path on my own, gazing at the stars. And in this turbulent year the path has walked me out of lockdown and showed me the world again.

The path goes down the field and then branches right or left; one way goes down to the Asos warehouse and I find that I learn lessons from the path about history and continuity and discontinuity because the path is now studded with red Asos jackets as people walk to and from work in the same way that it would have once been peppered with National Coal Board coats as the miners walked back and forth. Once a work path, always a work path. Perhaps, although in the empty years between the colliery closing and the warehouse opening there were only dog walkers and ghosts here. And me, of course. Always me.

Old Jim Marsden used to say that, at a point about halfway down the field, if you stood quietly you could hear the miners talking underground because the seam came very close to the surface. Urban legend had it that somebody’s wife once stood and shouted to her husband that his tea was in the oven and she was going out with her mam. The man’s reply is not recorded. Once I was walking down The Field Path just behind Jim Marsden when George Jobling was walking up with his dog. Being Yorkshire miners, they barely spoke to each other except that Jim paused and said ‘Utopia, kid!’ and George replied ‘Utopia!’ and they carried on.

It’s raining and I haven’t got my new waterproof trousers on so I turn right for the shorter stroll back up to the main road up the path that has now become The Bridle Path that more then once I’ve seen written down as The Bridal Path. This path is bordered on one side, on my left as I’m walking up it, by a high stone wall that, over the decades, has become less high as people, in the way that people always will, have stolen the stones or simply pushed them over.

The wall was built to show the boundary of The Big House; Middlewood Hall originally belonged to the self-styled Squire Taylor, a man who had made a lot of money in the 19th century out of linen, one of Barnsley’s lesser-known industries and who didn’t like to see the flat-capped hordes walking to Houghton Main so he had a big wall built. These days the house and the cottages around it still feel like they could be anywhere in The Home Counties, although the hall has long since been divided into flats. Years ago there was a rumour that it had been bought by a pools winner, a story that seemed to be borne out when I overheard a couple walking along the drive down to the house and one said ‘Have you seen the lawn mower?’ and the other replied ‘It’s in the gun room. Where else would you keep it?’

I walk up the bridal path and I look for the J’s that a forgotten stoneworker carved into a number of the stones. I wonder, as I always do, who J was and was he (I assume it was a he) proud of the work he’d done on the wall.

At the top of the Bridle where it joins the main road the apple tree, despite the lateness of the year, is still full of apples, crumbles-in-waiting that are just that bit too high up to pick. I’ll try and think on to bring a stick when I walk by tomorrow then I can knock a few off and take them home and stew them.

Paths like The Field Path and The Bridle Path are made of stories, of tales told over and over again until maybe the words fade but the music is still played. They’re palimpsests, tales layered on tales and weathered like the earth.

Next: what3words - A New Mapping App