David Gosling writes: Chris Davison has been a volunteer with PNFS since the early 1990s making him one of the longest serving footpath inspectors. As he explains below, he has been looking after not just one or two parishes, but the whole of Barnsley, originally as an ‘agent’ and today as ‘Area Officer’. Although he now has seven inspectors who help him in ten parishes, Chris seems to know every path in Barnsley, as his hundreds of inspections reported on the Inspections Database testify. Chris is truly one of the stalwarts of the Society!

Looking after the byways of Barnsley

Sixty years ago, as an Army Cadet at school, I was taught basic mapreading skills, and quite soon had to put them to the test on the slopes of Plynlimon in Central Wales when I had to guide my section to safety in whiteout conditions, using an OS 7th series map: and this was the first time I realised what a useful skill it was - almost the most useful thing I learnt at school. My parents and I were early members of the Consumer Association, but it was several years later that these two strands came together, and I became a member of PNFS, with the intention of improving the experience of local walkers. About 30 years ago, as I was the only PNFS member in Barnsley, I was asked to take on a more formal role of coordinating with the ROW team as an 'agent' and so assessing proposals for diversions and creations (seldom extinguishments). I was subsequently 'promoted to area officer - so I never was an inspector, although I had wide experience of Barnsley’s 29 parishes (over 300 paths in the old County Borough). Currently, ten parishes have their own inspectors. 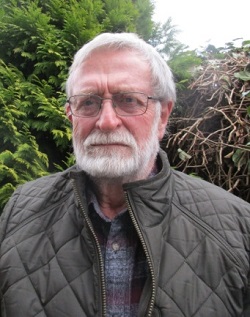 Perhaps my main concern has been deliberate obstructions of rights of way which are thankfully fairly uncommon in Barnsley, but which have provided my favourite success stories. The Eagle Nest affair was a long running saga about an electric gate with an obscure push button to open it. The electronic timer allowed precisely 12 seconds to get through the gate and, when closing, would crush anything in its way, which was a fairly obvious health hazard to families or dogs. The (very ornate) gate had to be reconstructed to include a simple latch operated gate. At another location, an electric gate was set up to delineate a boundary between two warring families - but with no way through for walkers. I insisted that a side gate had to be constructed. Elsewhere a padlocked gate prevented progress and the farmer denied the existence of a right of way, despite it being on a diversion which he had initiated! On this occasion, I negotiated the construction of a stile. Another battle was over signposts. Every time a signpost was erected to guide walkers, the owners of the electric gates removed them. I think seven signposts were erected and removed, even though the posts were embedded in concrete. (Am I obsessed with gates?)

A happy moment was the opening of a path through a housing development from a suburban station to open country, after negotiation with the CEO of the building firm, and the clearing and reopening of a path across a golf course.

I mentioned the infrequency of extinguishments in Barnsley, but a couple stand out - one was deleted in the town centre about 25 years after the police station had been built over it, and another path was severed by the building of the motorway, but the path was left in place so that people could get a grandstand view of the speeding traffic! The farmer successfully had it extinguished, and PNFS did not object!

On the other hand, I have recently added about 50 new creations to the database - our local team are very keen on putting new paths across council-owned land, and of course the Trans Pennine Trail was originally thought up in and is still administered from Barnsley. There is little to criticise in Barnsley’s attitude to diversions either - they always seem to ensure that there will be improvements in the route’s surfacing and furniture, perhaps because they don’t have to pay!

In my opinion, there is little to dislike about footpath inspection in Barnsley - we have an efficient and cooperative (if understaffed) PROW team. Signpost has recently reported on two examples of very swift remedial action, including the provision of a handrail through a slippery narrow passage which had been proposed by one of our Trustees and an inspector in Barnsley, Mel Bale! The only weakness in their operations is probably their tardiness in replacing footbridges which I think is caused by the insistence of the engineers that any new bridge should bear the weight of a tank.

Barnsley might not spring to mind as a great walking area - but we have 450 miles of public rights of way which offer pleasant, if not spectacular, views, many interesting localities and (in better times) a wide variety of watering holes and interesting buildings, which you rarely find in the hills. One can climb to the summit of the Woodhead Pass on the old ('Snow') road and still be in Barnsley, and one day, perhaps, Yorkshire Water might create a path round Winscar Reservoir! During the recent months I have concentrated on Barnsley’s urban footpaths, which have much to recommend them as they give some impression of what must have existed before all the housing estates were built.

It will be interesting to see if the recent increased usage of public rights of way is maintained when the pandemic is over, and whether this will lead to restoration of adequate funding ... let us hope so!

If you would like to become a Footpath Inspector for PNFS please contact David at inspection@pnfs.org.uk or ring him on 07841647275.