Bob Proctor was an active member of the Society until his death in January this year. He was a keen fell walker and was a rock climber in his earlier days. Bob was appointed as a footpath inspector in Ilkeston (Erewash) and Waterhouses (Staffordshire) in Jan 2014. He always travelled by public transport but managed to inspect 104 paths in Ilkeston (43 with faults) and 146 paths in Waterhouses, 42 with faults, as recorded on the Inspection Database. In 2015 he began to help Neil Collie with assessing possible bridge projects and became Bridges Officer from April 2016. Since then he supervised the installation of bridges at Tanyard Beck (Ingbirchworth); Wessenden Head Moor (Holme Valley); Howroyd Beck (Whirley Lower); Chee Dale boardwalks (Derbyshire Dales); the Pennine Way crossing at Hebble Hole, Heptonstall; Blackpool Bridge, Goodbent (Kirklees) and Mill Beck, Flockton (Kirklees).

As a real ale enthusiast Bob liked to round off site inspections at a suitably enlightened pub. He was a quiet and gentle man with wry sense of humour, who was blessed with the necessary patience to handle the negotiations necessary to agree new bridges with landowners and local authorities. Each of these bridges will be a memorial to his hard work and dedication. 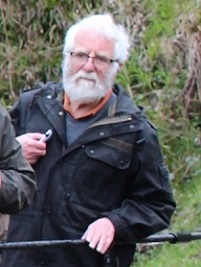 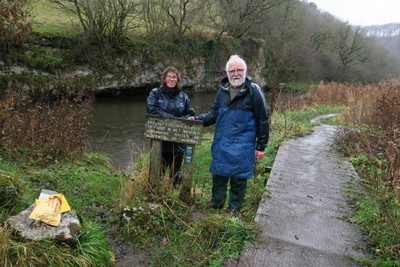 Bob will be sadly missed by all his friends in the Society. A plaque in his memory will be fixed to signpost 354 in the Weaver Hills, which is close to one of his favourite pubs, the Yew Tree at Cauldon, where Bob would often finish his inspection walks in Waterhouses.