It has always seemed strange to me that the Peak District is so named. Kinder Scout and Bleaklow can be challenging areas to explore and Stanage is rightly world famous with rock climbers, but it has few genuine peaks. It does however have plenty of hills and the CPRE Peak District and South Yorkshire (CPREPDSY) has just launched an initiative to promote them. They have identified 95 hilltops over 400m and some lower but prominent hills. They have called them Ethels in memory of one their founding members, Ethel Haythornthwaite. Chris Bonnington described her as ‘tireless, singleminded and selfless’, but she is perhaps not as widely known as she deserves to be. So who was this woman? 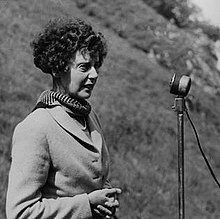 Ethel was the daughter of the Sheffield Industrialist Thomas Ward. She was widowed at the age of 23 when her husband, an army captain was killed in 1917 during the First World Way. His death devastated her, she became ill and only began to recover when she started walking and appreciating the countryside surrounding Sheffield. This lead to a life dedicated to the environment and the protection of the countryside. She founded the Sheffield Association for the Protection of Rural Scenery in 1924 which became the local branch of the CPRE in 1927. She was instrumental in raising funds to buy both Longshaw Lodge and Blacka Moor as well as other parts of the Peak District. Later in life, she sat on the government committee that eventually led to the founding of the National Parks. She was quite a woman!

Anyway, back to the hills or the Ethels as we should now call them. More information about them is on the CPREPDSY’s website The Ethels, this includes a link to a recent feature on BBC Look North and links to the smartphone app mentioned below.

Doug Colton is a key person in the Ethels initiative. He is an experienced walker and taught himself how to design and write smartphone apps during the last lockdown. Doug has now produced the excellent Ethel Ready app which shows the location of the all the tops, along with photographs and descriptions. You can record when an Ethel has been visited and maintain your own running total. The app is free, so take a look and also consider supporting the CPREPDSY. 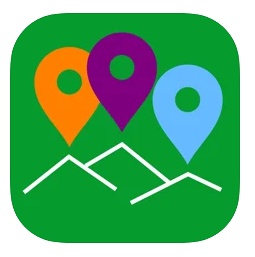 There is also an interactive map of the Ethels on the society’s website HERE People are encouraged to send their own photographs and stories about their visits to them to me at webmaster@pnfs.org.uk.

If anyone would like to know more about the history of the CPREPDSY and the work Ethel and many other campaigners did. I can highly recommend ‘Protecting the Beautiful Frame’ by Melvyn Jones.

Thanks to John Harker for bringing the Ethels to my attention, to Doug Colton of CPRE for the additional information used in this article and his permission to use his apps logo and finally to the CPRE, the countryside charity, for allowing me to use their photograph of Ethel Haythornthwaite.